2021 brought us more of the pandemic-stricken 2020: fewer concerts, fewer festivals, delayed vinyl pressings and a shy reconciliation with this strange condition of having to change your plans every quarter.

Subsequent European countries started introducing restrictions, also in terms of organising music events, but in Poland nothing is clear or consistent to this day. It’s hard not to feel that your life is still limited after three doses of the vaccine, when the norms are set by those who haven’t even bothered to get their first jab. Poles are terrified of introducing any “entrance only for the vaccinated” rules, which are perfectly feasible and smoothly enforced in countries such as Germany or the Netherlands. Festivals in Berlin and Utrecht successfully implemented this rule, so one could enjoy live music in peace, with a sense of relative security.

Right, festivals – most were cancelled, some took place. I attended four: Speicher V, Le Guess Who?, Unsound and Soundrive. The first two were quite the opposite of what you’d normally associate with this format: an intimate, site-specific event plus a large multi-venue indoor festival, basically a series of concerts. The 14th edition of the Dutch event reminded me of Primavera Sound ten years ago or camping at All Tomorrows Parties. And brought back hope that a solid line-up not tailored for the masses can yield results.

The concerts gradually returned in the summer, but last weeks have turned everything upside own again. Many bookers are rescheduling everything for spring, with few brave exceptions, like Warsaw’s Spatif, which introduced its own rules and only admits the vaccinated.

The online format seems to have run its course, with few exceptions such as the online edition of Rewire, a festival combining music, visual arts and gaming, or new ways of documenting such events, such as the concert of Kali Malone, Macadam Ensemble and Stephen O’Malley at the Variations Festival.

I didn’t write as much on NIOM – I reviewed 30 records and published 4 interviews. But if you count the reviews published on the Polish Radio Centre for Folk Culture, interviews with Wojtek Kucharczyk, Maciej Cieślak and Kuba Ziołek plus reviews for Dwutygodnik, the numbers grow up to an average of a record per week. I haven’t calculated how many records I listened to in total – Spotify wrapped wasn’t accurate, as I’m not huge on streaming, it’s just an addition. Perhaps Bandcamp could shine a light here, with my several hundred purchases , or maybe the vinyls and tapes I bought (to this end, I’ve especially reactivated my tape player).

What I found most touching in music was the turn towards regional identities and marking personal centres of the world. The albums released by Sourdure, Mala Herba, Michał Górczyński or Tarta Relena clearly show how one can draw on the history and traditions of place, translating them into a contemporary language. There was room for personal, intimate narratives, like in the case of Patrick Shiroishi or Linda Fredriksson’s records, we’ve had interdisciplinary revolutions brought by Irreversible Entanglements and Yvette Janine Jackson, even poignant Polish lyrics like the sophomore Wczasy album.

I’m not sure whether this is the effect of the pandemic, but this time of suspension may be an opportunity to practice deep listening – whether in the form of meditation or minimalist mayhem offered by Natural Information Society, Tanz Mein Herz, Marta Forsberg, Cecilia Lopez or the brilliant Longform Editions series.

Since we were deprived of the community aspect of music, it’s become even more intimate – but also universal. Songs written on the other edge of the continent or even over the ocean – like those created by Ernest Bergez or Kiko Dinucci – are also clear in Poland. And extremely moving live, as I’ve experienced seeing the latter at Le Guess Who?

The best-of season begins towards the end of November, but I am used to postponing my lists to mid-January. I keep encountering new music through December, and – when the list-making frenzy subsides – there is more time to really think through the choices. Do I pick the most to show the strength of our scene or should I err on the side of caution, so that readers are more likely to find one or two albums that might stay with them? Or a bit of both – because this year has brought a modest crop of truly phenomenal albums.

Below is my selection of 21 best albums, 10 best compilations and 10 more songs. Enjoy!

CHRIS CORSANO & BILL ORCUTT Made Out Of Sound, Palilalia Records
Emotional in sound and technically worked out, the album’s main asset is its rawness and compact, minimalist sound. This is not the first time Corsano and Orcutt have met, but this album was created remotely: the former recorded the drums and then the latter the guitar. With this awareness, the impression is even deeper.

MARTA FORSBERG Tkać, Thanatosis
Forsberg goes to extremes in her method – the music is subjected to an almost total reduction. The grainy drone attracts with its texture and density of sound. However, there is something more to it – what initially seems to be an intricately arranged jigsaw puzzle, the artist is able to transform into compositions full of emotionality and lyricism.

LINDA FREDRIKSSON Juniper, We Jazz | REVIEW
Fredriksson narrates without words and transcribes the songs arranged for guitar, keyboards and vocals to a full band. There is a balance between acoustic instruments and synthesizers, between minimalist and orchestral playing, grandeur and the personal dimension of the compositions.

MICHAŁ GÓRCZYŃSKI Regions, Bołt
Górczyński “duplicates” the sound of the clarinet, applies sonoristic procedures, creates multiple sounds, hits the mouthpiece with his tongue. He traverses the Polish landscape of traditional music with the contrabass clarinet, which he treats unconventionally, constructing a distinctive, tarry and heavy sound, very different from the usual light folk interpretations.

HELADO NEGRO Far in, 4AD
Already the previous album by Robert Carlos Lange heralded his flair for writing brilliant, light songs, arranged at the crossroads of electronica and folk. Far In is sonically richer, better produced and deftly manoeuvres between a plethora of acoustic instruments, beats and synths.

CECILIA LOPEZ, GERALD CLEAVER, BRANDON LOPEZ Red (DB), Relative Pitch | REVIEW
This meticulously woven form has the dimension of a monumental sound sculpture that shocks with its power, tension and carefully crafted sound. The composition swells by the minute, the dramaturgy becomes more and more intense, but also shows a great potential of symbiotic interweaving of acoustic instruments and electronics.

MALA HERBA Demonologia, aufnahme + wiedergabe
Mala Herba shows ancient rituals in a new light, but also asks how up-to-date they are. She makes us wonder whether perhaps what used to be celebrated by the lake in the moonlight or in the dark forest should not be returned to on the dance floor amid stroboscopes and under a spinning disco ball.

IRREVERSIBLE ENTANGLEMENTS Open the Gates, International Anthem | REVIEW
Open the Gates, recorded in a single day in January this year, is a monumental release. The whole release, although rather on the long side, seems more coherent than its predecessors – less chaos here, more meticulously laid out threads, an open approach to composition, yet the musicians keep everything in check.

EMIL MISZK, MIŁOSZ PĘKALA, JERZY ROGIEWICZ, KUBA SOKOŁOWSKI, HUBERT ZEMLER JAGD, Dux
A conceptual project that has soul but also a very erudite approach to composition. Four pieces based on hunters’ signals have Miszek’s trumpet as their main signal, accompanied by percussion or piano. An expressive story, it also has its social tinge – thanks to the détournement very clear.

NATURAL INFORMATION SOCIETY descension (Out of Our Constrictions), Eremite/Aguirre | REVIEW
The evening recorded in London’s Cafe Oto shows a different face of Joshua Abrams’s ensemble to the one we’ve known so far. Evan Parker appears as a guest of the band, adding unique strength to the quintet. In the middle of the first part we already have a danceable, rhythmic suite, which smuggles the energy of a live gig onto the record.

PEJZAŻ Wyspa, The Very Polish Cut Outs
Bartosz Kruczyński skilfully embeds samples from Polish songs into ambient mists and beat structures. All it takes is a few words that can be hummed on repeat or juxtaposed with rap, jazz or pop aesthetics to give them a new context and sound amidst snippets of Irena Jarocka, Tede or Jerzy Grunwald.

DUANE PITRE, Omniscient Voices, Important
After the compilation of The Harmonic Series II and the composition “Pons” for an acoustically resonant water tank, Pitre created a short album, completely different from “Bayou Electric”. The microtonality, the piano texture and the repetitions make this album stop time, encouraging contemplation of the sound bursting.

PATRICK SHIROISHI Hidemi, American Dreams | REVIEW
This lyrical, yet sharp narrative, told in the style of Albert Ayler and Battle Trance, contains a turn towards minimalism, polyphonic harmonies and frenetic passages showcasing the strength of Shiroishi’s sax. This coherent recording is a mature and moving story, dedicated to the artist’s grandfather.

TARTA RELENA Fiat Lux, The Indian Runners/La Castanya
The Catalonian duo draws on the oral tradition of the Mediterranean region, which they transcribe into contemporary, polyphonic songs. Their minimalist style is a strength in itself – simple on the one hand, and very modern on the other, they become a vehicle for tradition, which they bring into the 21st century.

SOURDURE De Mòrt Viva, Pagans/Les Disques du Festival Permanent/Murailles Music | REVIEW
Ernest Bergez weaves a contemporary story about a place, in which the sounds of violin, lyre and trumpets, but also beats and synthesizers intertwine. He juggles styles, tradition and modern electronic sounds, creating a palette with a range so wide that only he himself can probably encompass it.

TANZ MEIN HERZ Quattro, Standard In-Fi | REVIEW
An organic odyssey led without restraint, where the most important thing is being locked in a loop, in a minimalist, near-obsessive vision of endless sound. Tanz Mein Herz between catchy bass, massaging guitars, steady drums and synth background, they are not looking for rapture and extasy, but endless oblivion.

USA/MEXICO Del Rio, 12XU
The future of rock and noise music? USA/Mexico are distorting the sound of guitars, drums and vocals, they are dabbling on the borders of production, walls of sound, rhythm lost among distortions. Heaviness, darkness, harshness and infinity are their field of manoeuvre, tamed in the manner of a rolling sonic waltz; a highly original form.

WCZASY To wszystko kiedyś minie, self published
The songs of Wczasy allow to tame everyday weltschmerz, they are a tool to tame depressive reality with laughter. The musicians touch all the sensitive strings of millennials – the fear of work, which is an exile, and of failure in the endless race for material, symbolic and emotional goods.

WH0WH0 wh0wh0, Coastline Northern Cuts | REVIEW
This dense tissue testifies to his skilful balancing act on the thin line between physical playing and distorted electronic sounds. This music is high on precision, intuition, and sometimes also calculation, but also human impulses, which makes it all the more fresh and vibrant.

YINS Afterparty, Dinzu Artefacts
Fantastic frugal, minimalist improvisation for percussion, electronics and Rhodes. Drobka and Blair play with subtlety, manoeuvring between the colours of the instruments, searching for lyricism. The whole album retains its coherence, and the effect of this casual session brings one of the most interesting improvised releases of the year.

The struggle for identity 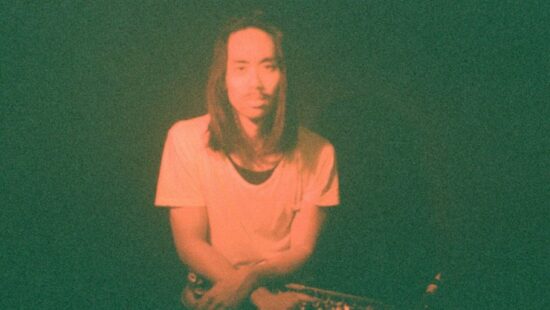 The best (Patrick Shiroishi) records of 2021